Deeply rooted in modern design and facilitating a culture of care and diligence in all it does, Vitra’s inspiring and functional products are cherished in living and work spaces around the globe. 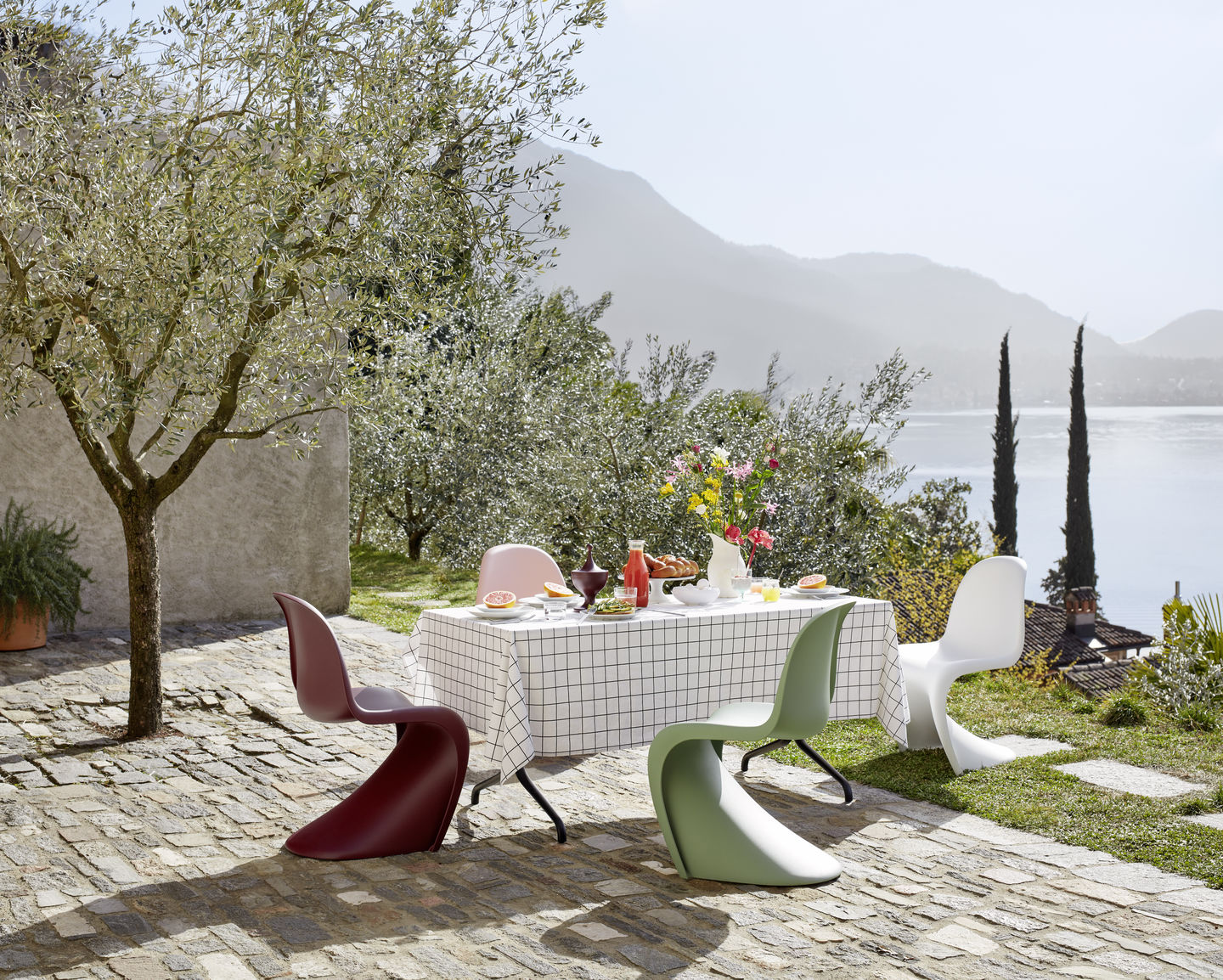 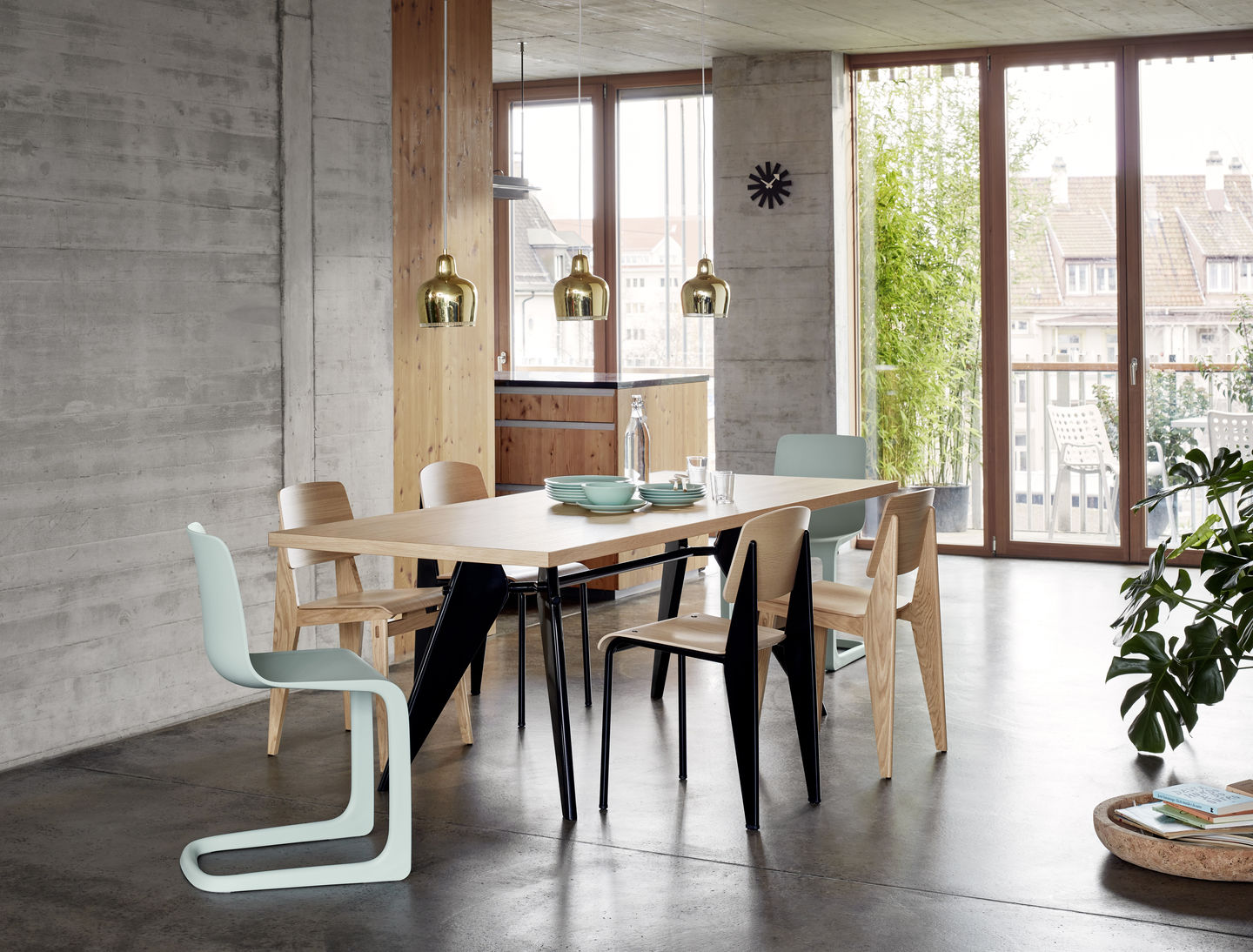 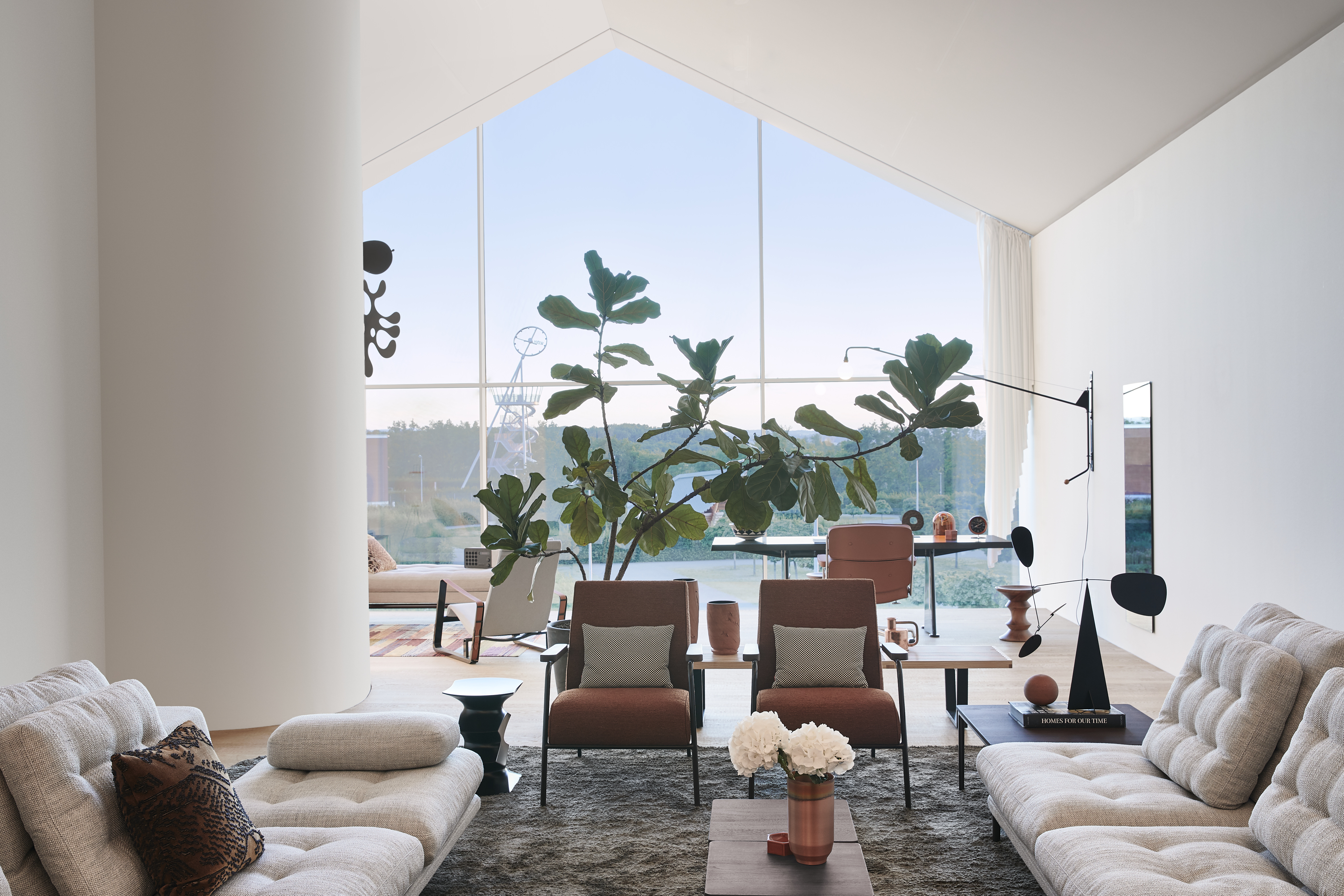 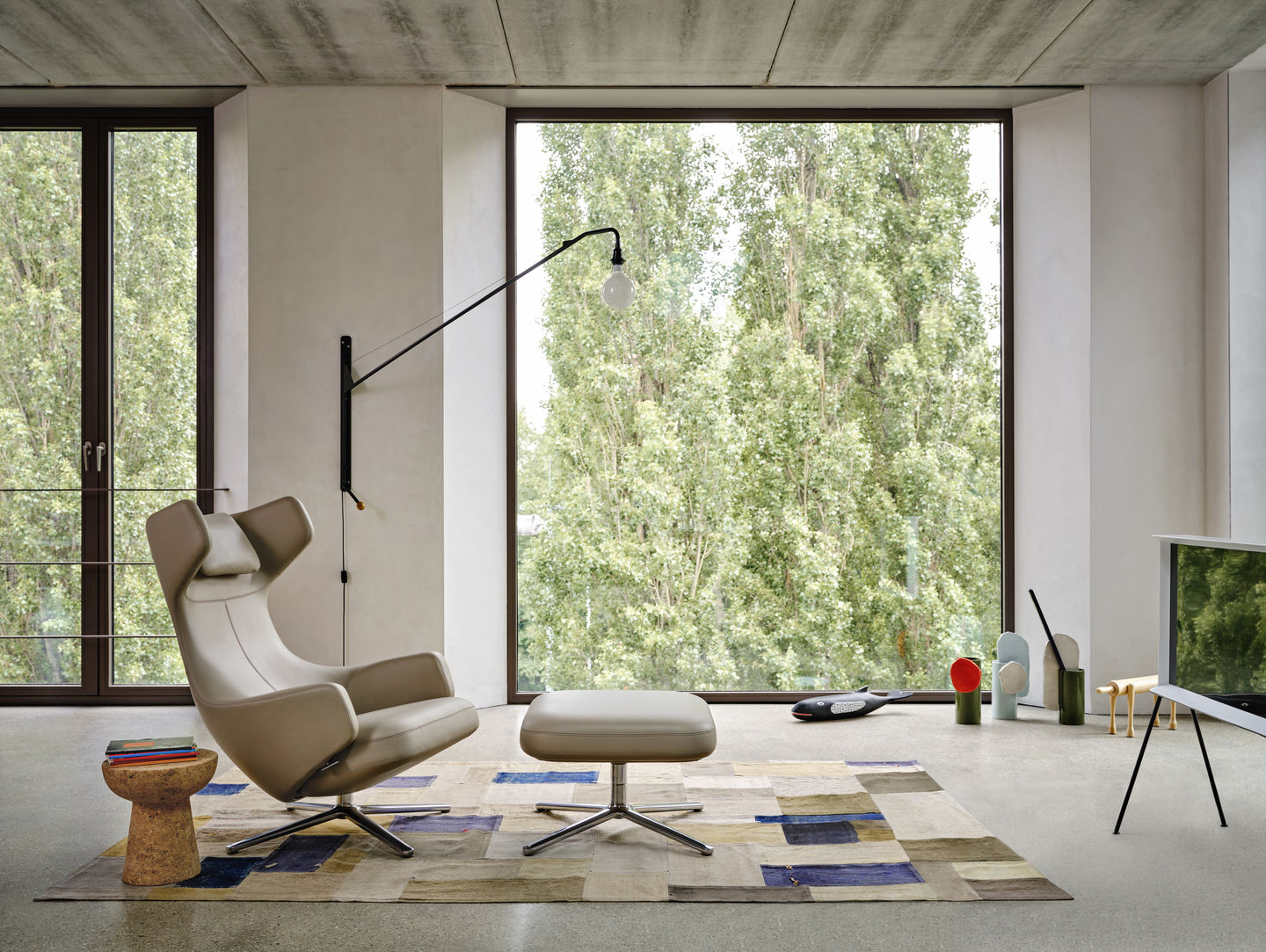 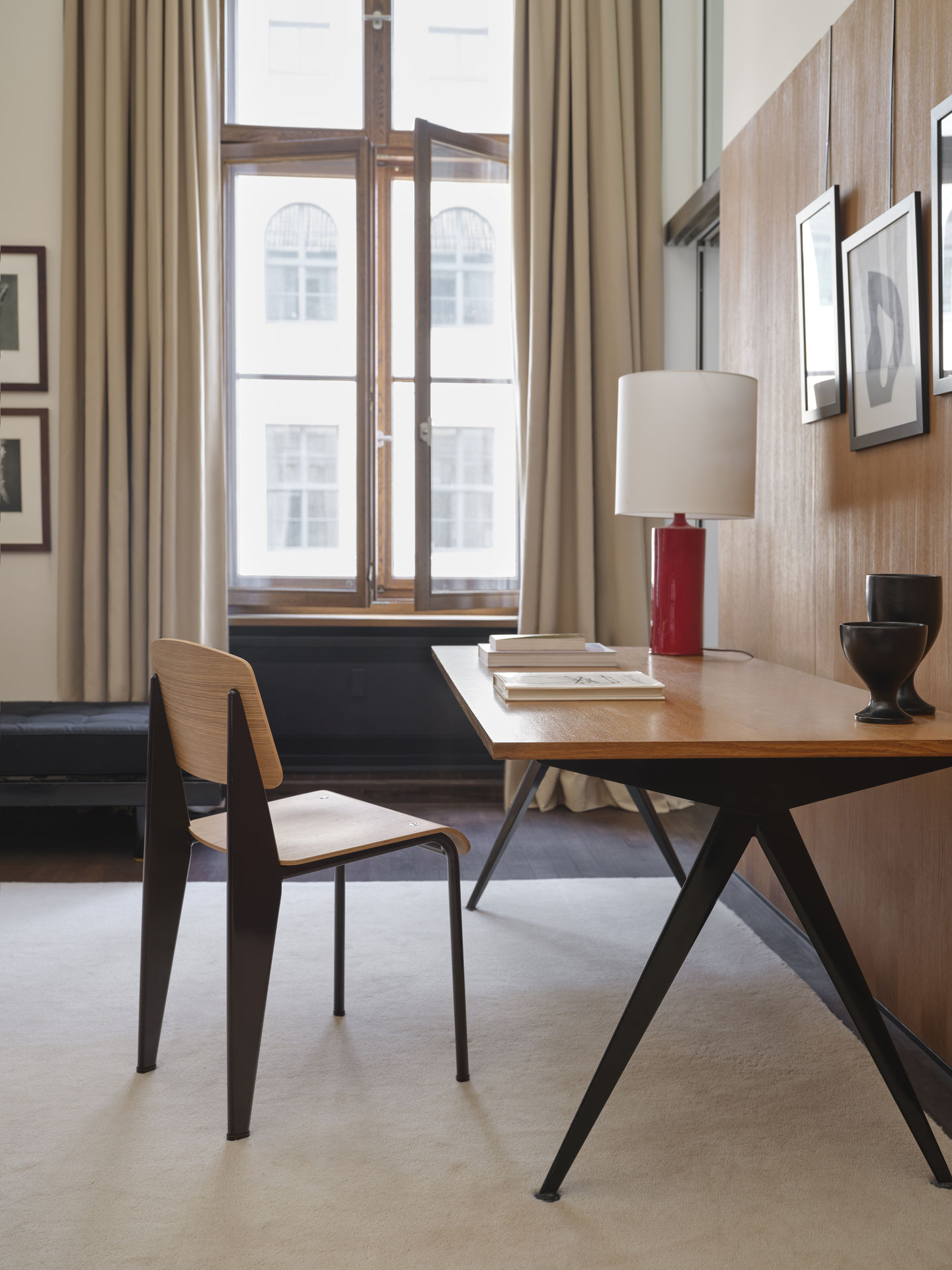 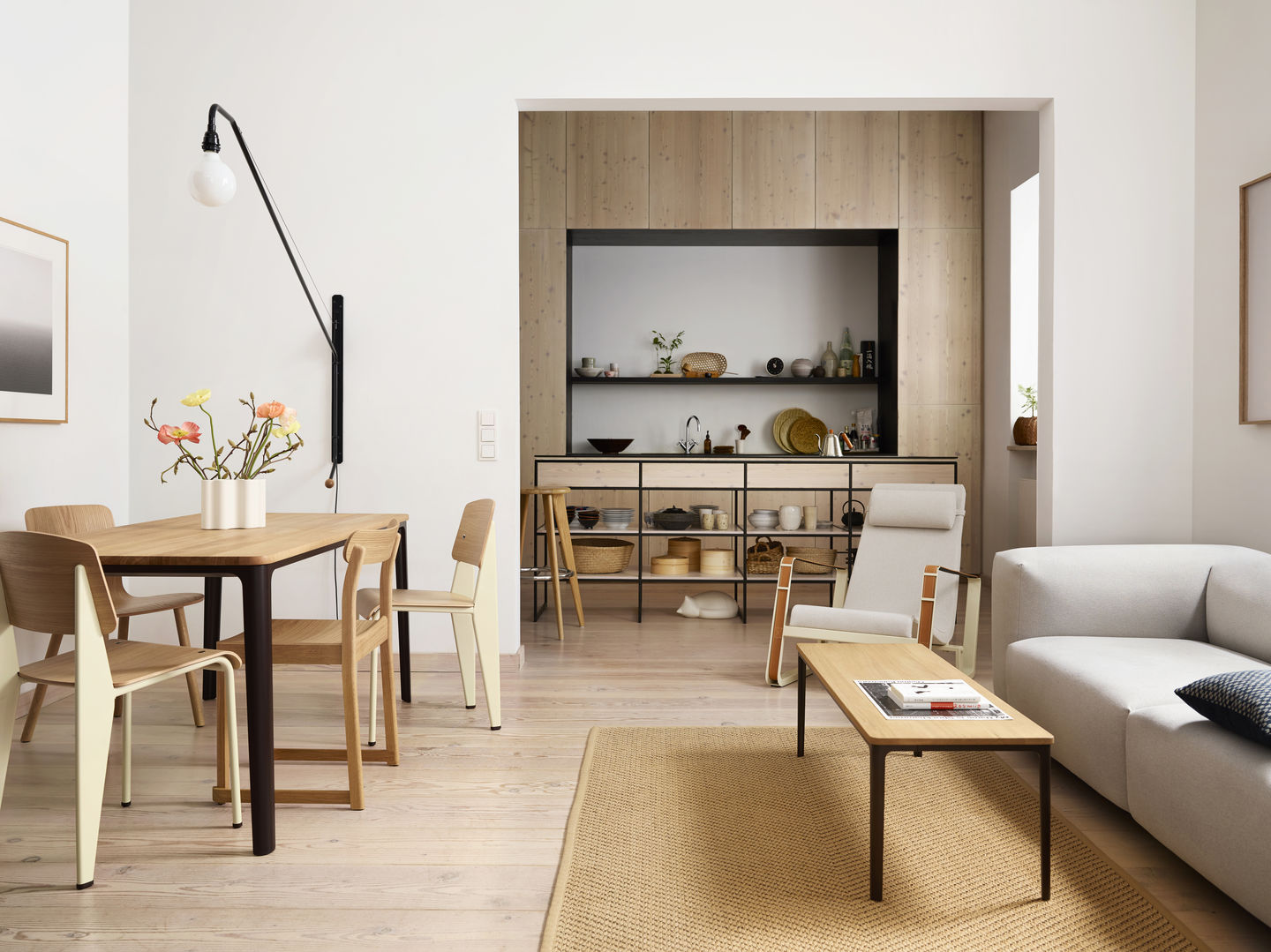 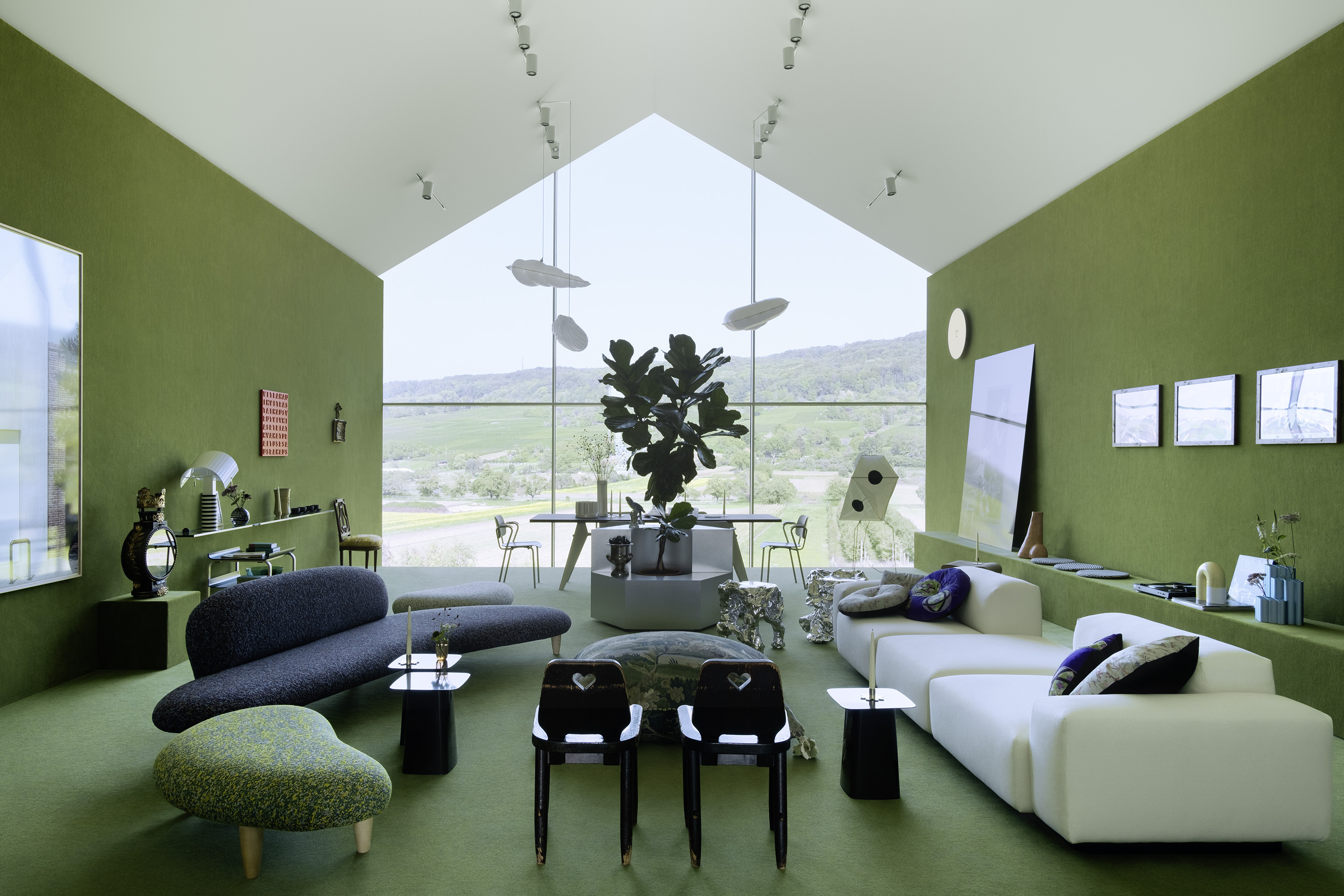 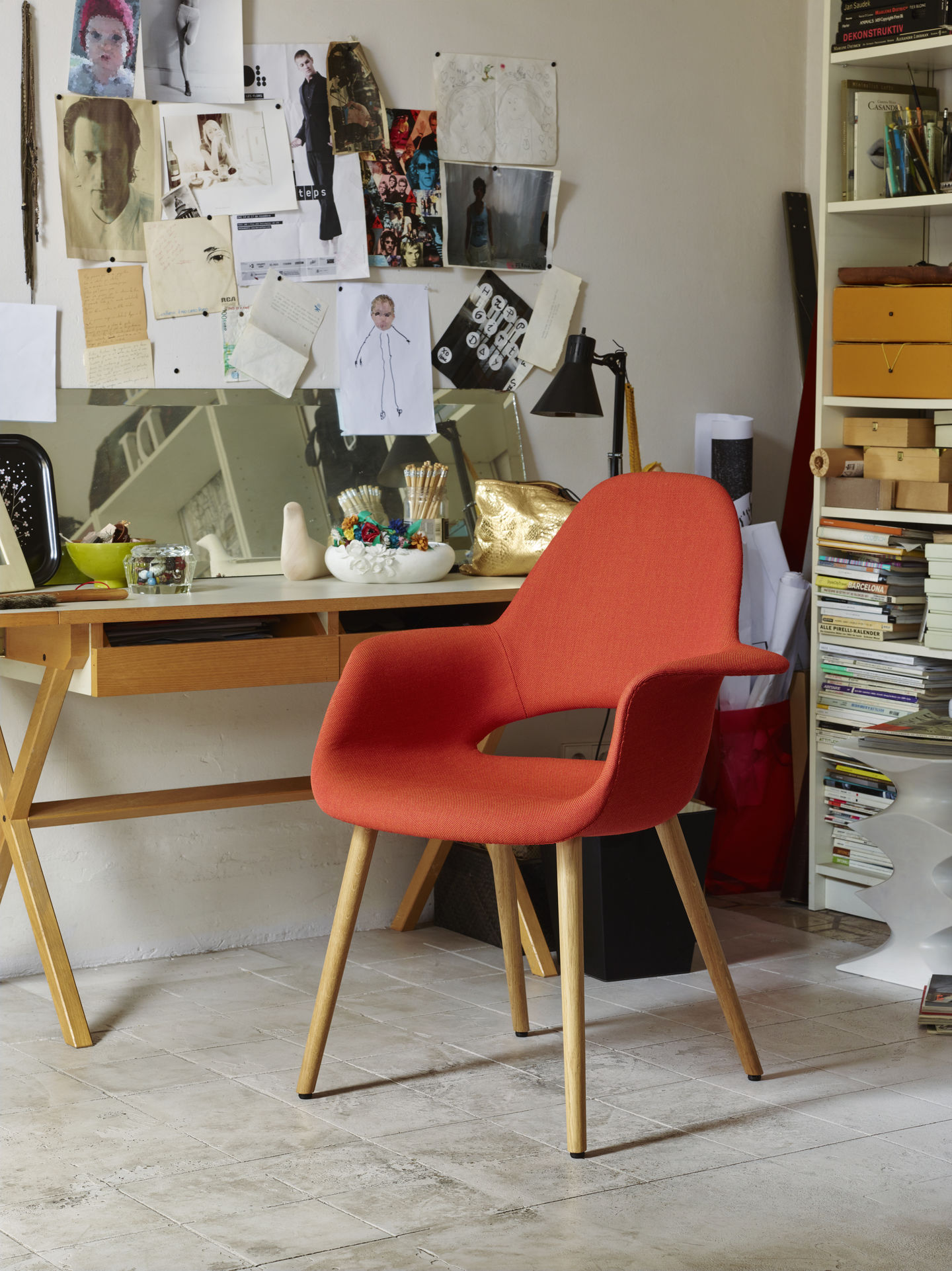 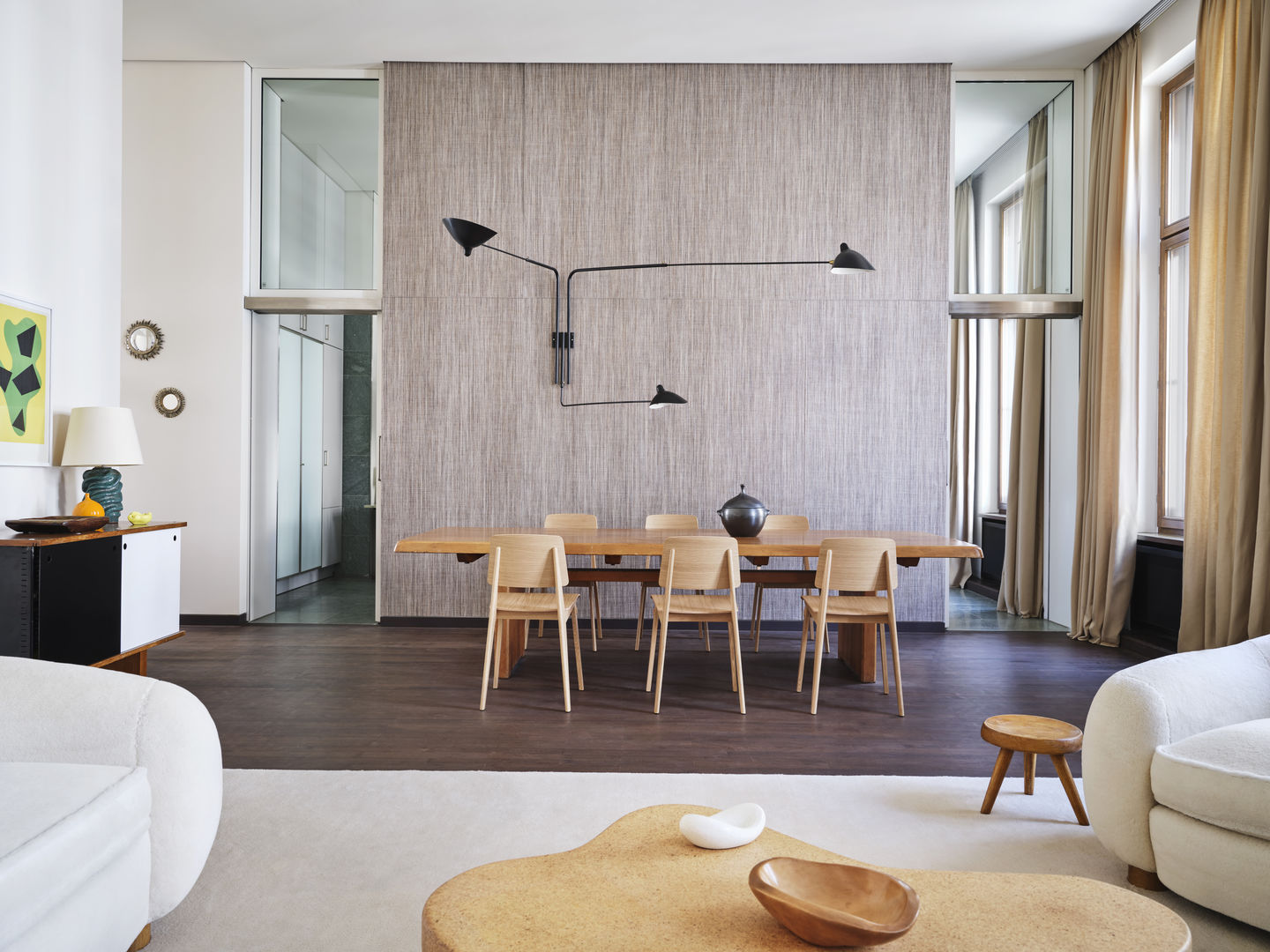 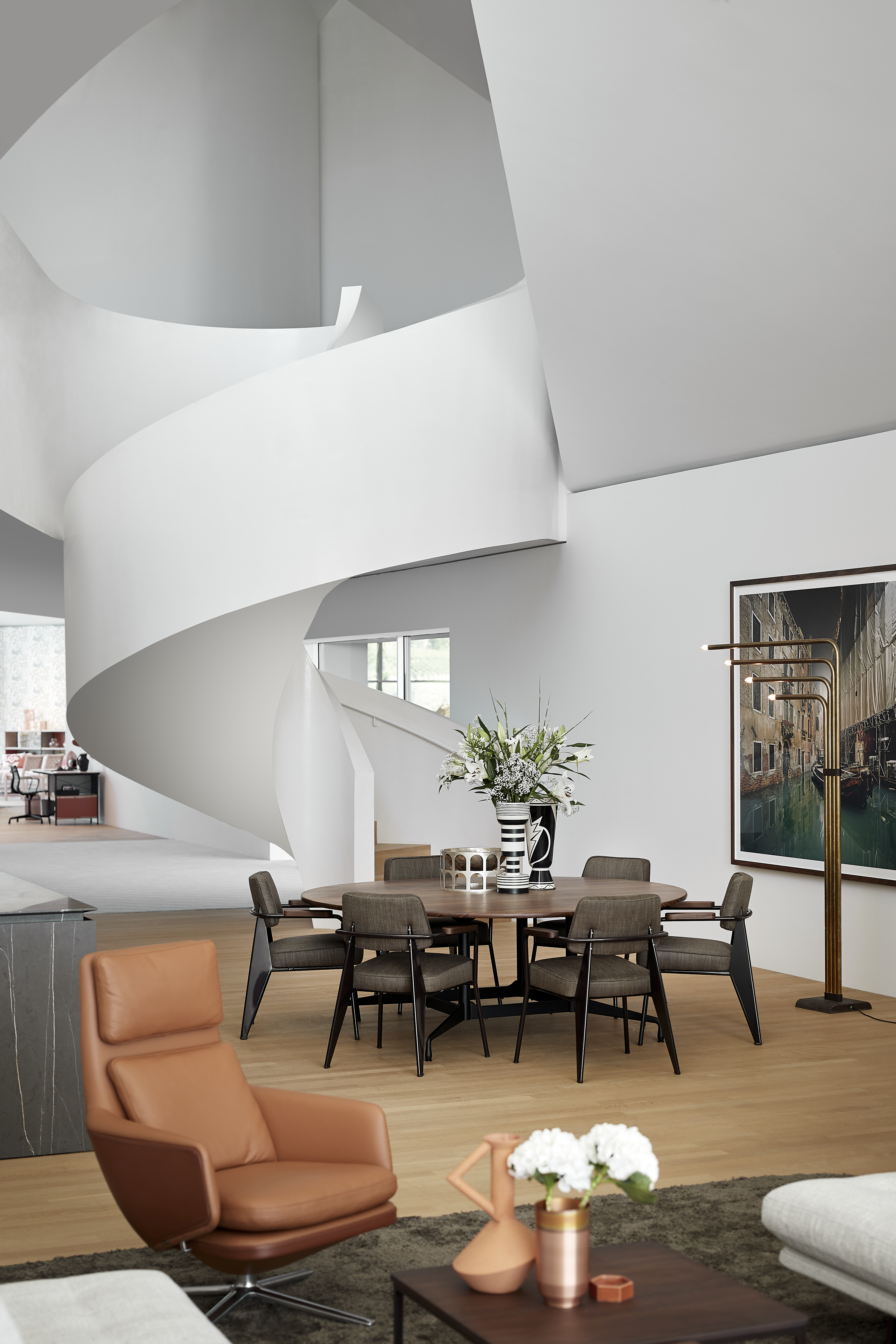 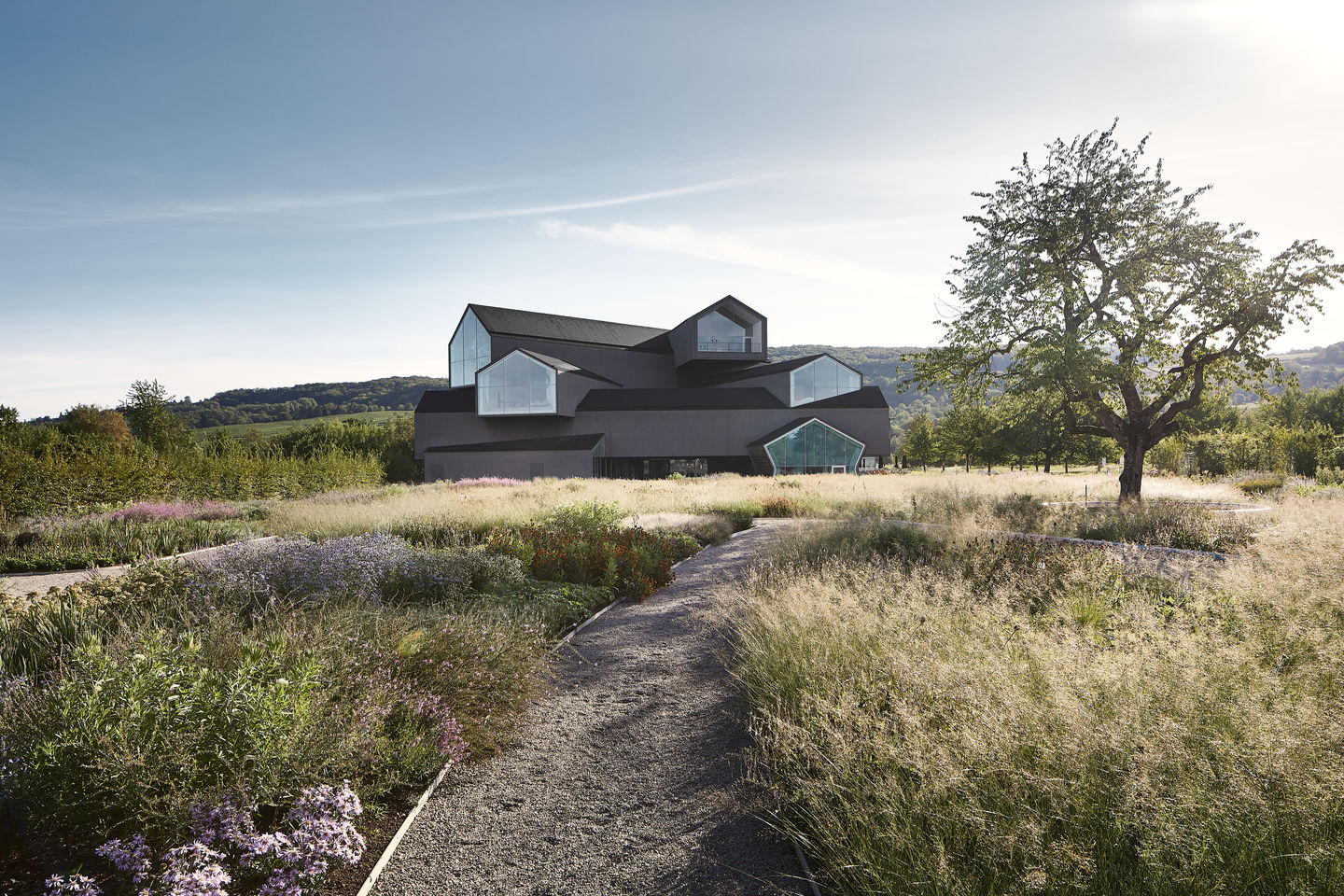 There’s nothing ordinary about Vitra, in fact, the company is quite extraordinary. Established in Weil am Rhein—the tri-border area of Switzerland, Germany and France—by Erika and Willi Fehlbaum as a family business more than eighty years ago, at the core of its success is its admirable and clearly defined value system that is woven into all parts of its business. “Vitra believes in lasting relationships with customers, employees and designers, durable products, sustainable growth and the power of good design,” explains the brand.

Willi Fehlbaum first discovered the furniture of Charles and Ray Eames in a New York furniture store during his first trip to the US in 1953. Just a couple years later, Vitra began licensed production of the Herman Miller collection, which in addition to furnishings by Charles and Ray Eames included designs by George Nelson. This laid the foundation for the brand Vitra would become and remains stronger than ever today. “With its iconic designs, Vitra represents groundbreaking 20th century furniture and lighting. Today, in combining technical and conceptual expertise with the creativity of contemporary collaborators, Vitra seeks to continue pushing the boundaries of the design discipline,” explains the brand, which shares its philosophy and expertise through architecture, exhibitions, publications and workshops.

In 1977, Erika and Willi turned the management responsibilities over to their sons Rolf and Raymond. Not long thereafter in 1981, a major fire destroyed a substantial part of the production facilities in Weil am Rhein. Turning the unfortunate situation into something positive, the brothers redirected the architectural orientation of the company. “Together with Nicholas Grimshaw, they develop[ed] a masterplan for the Vitra Factory campus and erect[ed] four buildings within just a few years,” explains the brand. The sprawling campus serves as the global headquarters as well as providing a platform for the exploration of design through its many structures designed by some of the world’s leading architects including Frank Gehry, Herzog & Demueron and Zaha Hadid. Of the many artistic elements found on the property is the sculpture “Balancing Tools” by Claes Oldenburg and Coose Van Bruggen, which was presented to Willi by his children on his seventieth birthday. “Erected on the grounds between the main road and the complex of buildings, it depicts the tools of the furniture maker juxtaposed with one another on an oversized scale. It was in Claes Oldenburg’s studio that Vitra Chairman Rolf Fehlbaum met Frank Gehry for the very first time,” explains the brand.

The 80s continued to be a pivotal period for the brand. “In 1988 following the death of Ray Eames and the disbandment of the Eames office in Los Angeles, Vitra obtain[ed] the parts of the estate related to furniture design, including the complete collection of experimental models and Eames prototypes,” explains the brand.The following year, the Vitra Design Museum designed by Frank Gehry debuted and quickly became established as an independent cultural institution. Today, as one of the leading design museums worldwide, its comprehensive furniture collection charts the history of industrial furniture design with the most important furniture creations from the eighteenth century through modern times. “Holdings from renowned designers, such as Charles and Ray Eames, and selected archives also enable a scientific study of relevant design topics,” explains the brand.

Through the ‘80s and ‘90s Vitra established relationships to new designers including Citterio, Morrison, Van Severen, Starck, Meda, Jongerius and the Bouroullecs. The ‘90s continued the brand’s trajectory—among the decade’s milestones were Pierre Mendell designing the Vitra logo, the same one that remains today; architect Zaha Hadid designing the fire station, her very first built project, inaugurated on the Vitra campus in 1993; and in 1994, Vitra moving into its new headquarters, designed by Frank Gehry in Birfelden near Basel.

The 21st century brought with it continued growth and notoriety for Vitra beginning with the launch of its home collection in 2004, introducing contemporary designs into its product portfolio with classic pieces and re-editions. To showcase its home collection, the brand’s gorgeous venue Vitrahaus, designed by the Swiss architects Herzog & Demueron, opened on the campus in 2010. With this and so many accomplishments achieved, Raymond and Rolf then transitioned the company’s management to the third generation of the family, represented by Nora Fehlbaum. Soon thereafter, the brand opened the Schaudepot, also designed by Herzog & De Meuron. “Here, the Vitra Design Museum presents key objects of its collection,” explains the brand.

Functional and inspiring, Vitra’s products are concepted and developed via its intensive design process at its Swiss headquarters. The brand’s captivating collections are installed worldwide by interior designers, architects and private clients, adding inspiration to varied living and work spaces. Guiding every decision during development and production is longevity of materials, construction and timeless aesthetics— Vitra products are designed and built to be cherished over a lifetime and ideally passed from one generation to the next. “Short-lived trends are avoided and non-essential details are omitted….To ensure that Vitra products remain in circulation for as long as possible, they are designed to make reutilization easy. Repairs, take-back programs and extended warranties promote preservation. And in Vitra Circle Stores, used Vitra products are repurchased, restored and returned to use,” explains the brand.

The majority of Vitra’s raw material, textile and structural component suppliers are like-minded, family-run companies in Europe that work with Vitra on an ongoing basis, often having done so for decades. “Vitra practices a culture of care and diligence. As an integral element of this, sustainability is neither a project nor a company goal, but a corporate attitude that finds expression in every aspect of Vitra’s work,” explains the brand. Defining its own ecological specifications for its products which uphold the brand’s high standards, Vitra’s product development is complex and includes research, evaluation and experimentation—scrapping ideas and starting over again when needed. “Materials, production routes, packaging, transport, recycling and waste disposal must be taken into consideration. Development processes at Vitra take slightly longer as we aim to achieve the best solutions,” explains the brand.

Source Vitra in the StyleRow Marketplace. To find out more, visit their website.

Belgium-made, CINEAK offers a personalized luxury entertainment seating experience like no other.